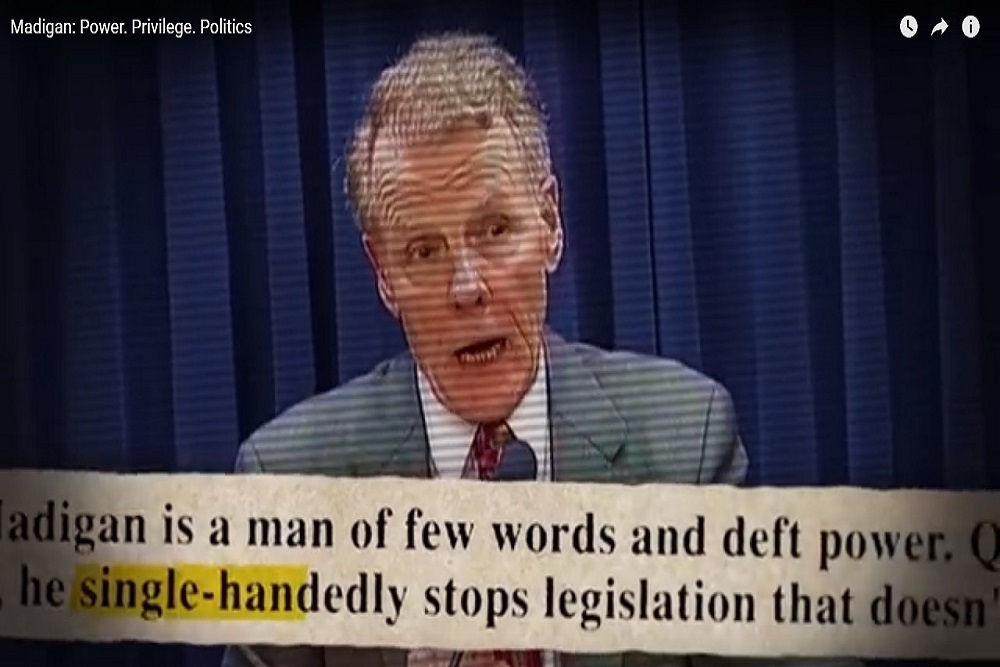 A new documentary about Illinois' long-serving Democratic House Speaker Michael Madigan is in the midst of several scheduled showings on local TV, a prelude to what its conservative backers say will be even broader distribution in the final weeks before the general election.

Regardless of political affiliation in Illinois, there appears to be general agreement that the 57-minute documentary "Madigan: Power. Privilege. Politics." is shaking things up in a state where politics is almost always shaken. 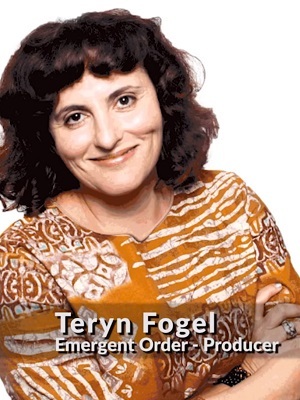 Other movie times include 7 p.m. Tuesday at Woodstock Theatre in Woodstock, 7 p.m. Wednesday at Paramount Theatre in Kankakee, 7 p.m. Thursday at Elgin Cinema in Elgin, 6 p.m. Oct. 24 at the Untitled Supper Club in Chicago and 7 p.m. Oct. 27 at Gurnee Mills Cinema in Gurnee.

It seems inevitable that the documentary will turn up online, but that has yet to happen officially.

"Illinois politicians come and go, but one man has remained: Mike Madigan," the narrator says near the beginning. "He's been called the king of Illinois and is considered more powerful than the governor."

That sets the tone for what detractors are calling a hit piece, but its maker said great pains were taken to make sure it's across-the-board fair.

"We did so because there was overwhelming demand from our audience," Berg said. "At Illinois Polity Institute, no matter which policy issues we touched, people's No. 1 questions would be, 'What are we going to do about Mike Madigan?' 'How did he get this power?' 'How has he stayed in power so long?' 'What can we do about it?' So this documentary sort of gives an anatomy of that power and his rise to it and, I think, answers some important questions people have had for a long time in Illinois."

Illinois Rising is a presentation of the Illinois Policy Institute.

Finding a documentary maker to create the piece about Madigan wasn't easy, Berg said. "We actually approached three production houses in Illinois; we got really far in talks," Berg said. "And, at the last minute, they would back out because they were scared to do this documentary."

"At first, we were a little hesitant about it because we really aren't a company that does a lot of political documentaries," Fogel said. "We've done quite a few documentaries that were socially motivated, but not politically. So when we got this, we really did a lot of research on Michael Madigan, and what really drew us to it was how fascinating he is as a character, his history."

Madigan, the nation's longest-serving state House speaker, has held that seat since 1983, except for a couple of years in the mid-1990s when Republicans controlled the House.

Fogel said she soon found herself intrigued by Madigan's story.

"I think anyone who is watching, who is interested in politics, is going to be surprised to find out that somebody has been able to control this seat and been in government this long and has been part of so many scandals and still is controlling that seat," Fogel said.

Fogel also used an adjective/noun that, in a former generation, often was applied to the late Republican President Ronald Reagan.

"For whatever reason, you have had three governors who have gone to prison, but Mike Madigan seems to be Teflon," Fogel said.

It was more than just the scandals and Madigan's staying power, Fogel said.

"I'm an L.A. producer, and I see corruption on many levels, but usually, there are rules that have been broken," Fogel said. "You look at this kind of corruption, what interests me was the fact that these aren't even considered illegal. There are guidelines, and there are rules and they're not laws that have been broken, but in any other industry, this would be considered criminal."

Making the documentary proved a bit bumpy. Illinois Gov. Bruce Rauner denied knowing anything about the documentary, while others have said it illustrates the large amounts of money being pumped into Illinois politics.

At least two journalists who participated in the documentary later suffered post-interview regret. Chicago Tribune columnist John Kass issued an apology, and Tribune editorial cartoonist Scott Stantis said he was unaware the Illinois Policy Institute was behind the documentary. Fogel said some people approached for interviews were too afraid of retaliation to speak on camera, except for one participant who agreed to appear anonymously.

However, Fogel said great effort was made to produce a piece that isn't politically biased. "We wanted to make sure this was across-the-board fair," Fogel said. "So we've got Democrats and Republicans. I thought it was very important that we make sure that this film represented across-the-board opinions from everybody."