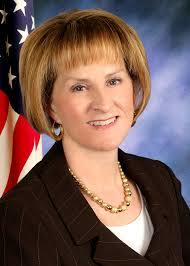 State Sens. Dan Duffy and Dale Righter were appointed by Gov. Bruce Rauner to sit on the task force. The senators join municipal and county leaders, representatives of school districts, other state legislators, and experts in consolidation.

Rauner said the task force was created as a means of consolidating the “excessive numbers of local government units” and “reduce the burden of unfunded mandated imposed by the state,” which, he said, “will reduce costs, increase efficiency and improve delivery of services.”