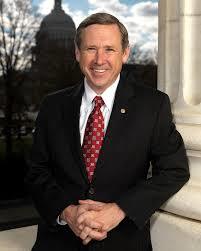 “The economic potential of Union Station can be realized under the mayor's development plan,” Kirk said. “I have contacted the secretary of transportation to make sure the city can access an under-utilized loan program to enable further expansion."

"Union Station provides an essential link to jobs and economic opportunities for Chicagoans," Emanuel said. "Modernizing the station is a positive development for residents, travelers and businesses across the city. This is another step forward in building a 21st century infrastructure to power Chicago’s growing economy, and an opportunity to strengthen the investments we’ve made in the West Loop and surrounding neighborhoods.”

Kirk continues to push for federal funding through the Railroad Rehabilitation and Improvement Financing Program, a $35 billion loan program created in 1998 to encourage rail infrastructure investments across the country.