Congressional candidate Jeanne Ives (R-Wheaton) believes that her Republican primary challenger in the 6th Congressional District, former lieutenant governor Evelyn Sanguinetti (R-Wheaton), is creating a false narrative around her campaign with the help of a tactic all too familiar to Ives.

“Evelyn is resurrecting the lies of campaigns past out of desperation,” Ives' campaign spokesperson Kathleen Murphy told the DuPage Policy Journal of Sanguinetti’s campaign bankrolling a so-called “push poll” in which negative information is provided about the candidate not favored by the group paying for the survey just before the person being surveyed is asked which candidate they prefer. The same tactic was used against Ives by then-Republican Gov. Bruce Rauner during her 2018 primary run against him, when he spent millions on television ads and direct mailers to brand Ives, a former state House representative, as “Mike Madigan’s favorite Republican.”

Sanguinetti was also on the ticket back then, serving as Rauner’s running mate. 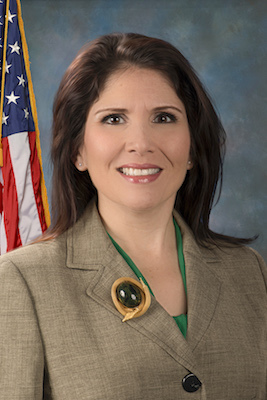 McHenry County blogger Cal Skinner has been among the first to publicize news of the latest attempt to smear Ives, who previously served six years as state representative in the 42nd District.

“The families in the 6th District know Jeanne, and now they know what kind of person Evelyn is,” Murphy said. “She can tell her lies. We will tell the truth. The voters will be able to tell the difference.”

The poll featured at least three push-poll questions that concentrated on Ives and Sanguinetti directly, including claims that Sanguinetti “spent 10 years fighting Mike Madigan,” while Ives is his “favorite Republican,” and information about how Sanguinetti, as a first-generation American whose family fled Castro’s Cuba, “opposes AOC (Sen. Alexandria Ocasio Cortez) and the Squad.”

Ives and Sanguinetti are facing off in the Republican primary for the right to take on Democratic incumbent U.S. Rep. Sean Casten (D-Downers Grove).