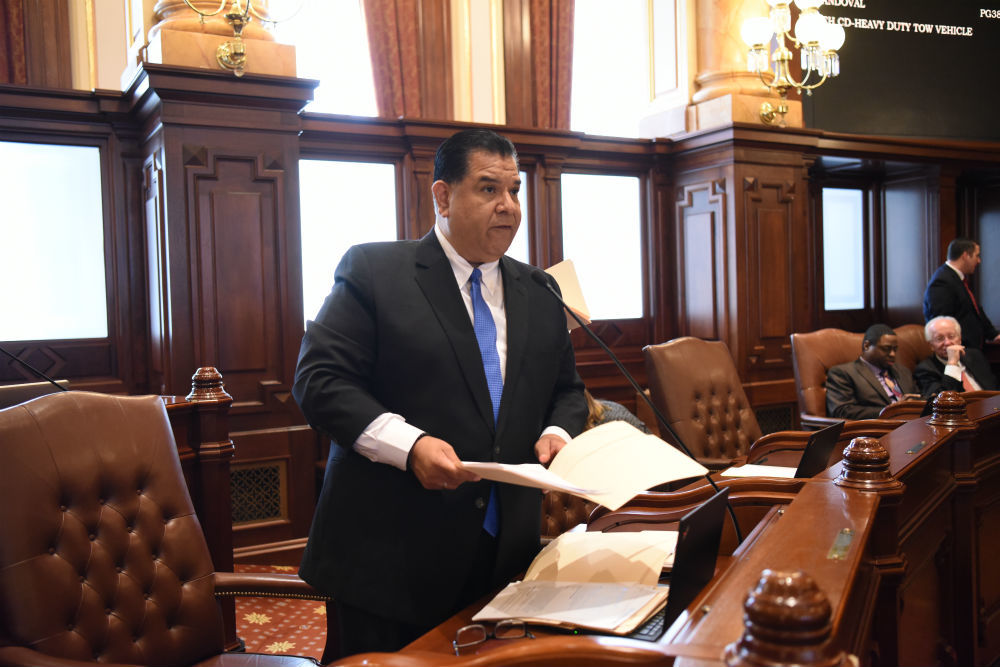 State Sen. Martin Sandoval disavowed the incident that took place at a fundraiser for him. | Photo: press release from senatormartinsandoval.com

A political fundraiser in Illinois in August was riddled with criticism by both Republicans and Democrats.

“The true definition of hatred is wishing another person dead,” wrote Margot Henshaw in an email to the DuPage Policy Journal. “Evidently some of Representative Sandoval's supporters hate President Trump so much that they killed him in effigy – and they are not the first leftists to do so. Actress Kathy Griffin also performed a bit she thought was comedic by displaying a faux severed head of the president.”

Democratic Gov. J.B. Pritzker weighed in on the incident, stating that it was insensitive and wrong considering the recent Ohio and Texas shootings.

DuPage County Republican Party Chairman Marty Keller said in a Daily Herald article that he was "surprised and disappointed" by the incident and that it is cause for concern due to its “subtle promotion of violence."

Sandoval apologized for the incident, saying he had no idea the stunt was going to occur.

“Rep. Sandoval has disavowed his despicable supporters,” Henshaw wrote. “Reading the news article, it was not immediately clear if he tried to stop the performance or smiled at their creativity or how long it took for him to react negatively to the skit. At least he did at some point realize that at the very least it was in poor taste. At the very worst, it revealed the Left to be the true haters in our society.”

Henshaw wrote the media has been successful in portraying conservative thinkers as vessels of hate.

“No other welfare state has a policy of unfettered limitless immigration,” she wrote. “This does not mean that we 'hate' those coming here uninvited to enjoy Section 8 housing, Medicaid, EBT cards/food stamps, etc. We wish all people well. We, simply put, are a debtor welfare state and cannot absorb any more supplicants.”