Forget the 'swamp,' Ives tells voters: Government is a hot tub now and Rep. Casten is soaking it up

“The House passed a sweeping two-year budget that increases spending by $320 billion over existing law at a time when the federal government is already running a $1 trillion annual deficit in the midst of a booming economy,” Ives said in a press release just days after formally launching her campaign against Casten in the 6th Congressional District. “And Sean Casten voted for it.”

Ives, who formally served as state representative in the 42nd District for six years and narrowly lost out in the Republican primary to then-Gov. Bruce Rauner in November 2018, dismisses talk that the latest budget vote amounts to a bipartisan effort. 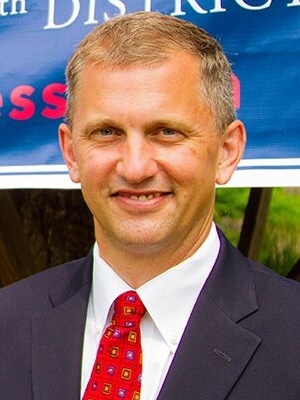 “In the suburbs of Chicago, taxpayers know all too well that Democrats and Republicans never have a problem coming together to spend more of their hard-earned money on badly managed government programs,” Ives said in the release. “This isn’t standing up for the people [Casten] represents. This is solving immediate political problems ahead of an election year, while further weakening the country’s long-term fiscal prospects.”

With the people of Illinois and the 6th Congressional District already saddled with some of the highest property taxes in the country, Ives said Casten’s support for more spending only stands to make things harder on already maxed-out citizens.

“Voting for more spending at the federal level does nothing to improve the lives of the people in the 6th District,” she continued in the release. "They are already struggling under the heaviest overall tax burden. Some describe government as a swamp. Right now, it looks more like a hot tub.”

Ives sought to contrast Casten’s position to the one she still prides herself on taking while in Springfield.

“I stood up consistently for the families and taxpayers I represented, even when it meant standing alone,” she said. “I am going to Washington because the people in the 6th District need a strong voice to represent them. They need someone who understands the lives they are trying to build for themselves and their families to represent their interests, not a radical rich kid who couldn’t jump in the Congressional hot tub fast enough.”