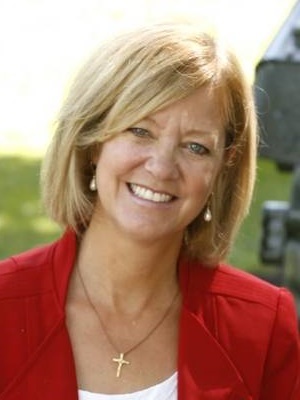 A bombshell new report that soon-to-be ex-Gov. Bruce Rauner bailed out on his reelection campaign has some Republicans fuming.

Cook County Commissioner Sean Morrison posted a press release this week detailing what he called the governor’s apparent betrayal of the party. Earlier in the week the Chicago-Tribune and other media outlets reported the governor expected to lose the election and sought others to run in his place.

On his website, Morrison claimed he twice asked Rauner if his heart was in the race.

“Both times, to my face, he made clear that he was all in—not only for himself, but for all statewide candidates,” Morrison wrote. “We now know, by his own admission, that he deceived me and others.”

After November’s blue wave, which saw Democrats easily prevail in many statewide races, the rancor could be construed as the party’s attempt to shift blame at the expense of the lame-duck governor. Morrison did not immediately respond to the Prairie State Wire’s request for a comment about his motivation.

But former gubernatorial candidate and state Rep. Jeanne Ives (R-Wheaton) told the Prairie State Wire the governor “cheated” Republican constituents who sought an alternative to J.B. Pritzker, the Democratic candidate who won the election. Ives waged a battle against Rauner in the primary and came within 20,000 votes of defeating the incumbent Republican.

“He slandered me to win the primary and then didn't take on important policy fights that would impact all Illinoisans during the general election,” Ives said via a prepared statement. “He hurt all of us and failed Illinois voters by not showing a contrast to the Democratic machine that wants to raise taxes in the worst state in the nation for fiscal stability.”

Ives said the governor’s lack of motivation was apparent throughout the race.

The next step for the Illinois GOP should be to call for a leadership overhaul at the top, both Morrison and Ives suggested.

“Sean Morrison holds a very important position as state central committeeman, so it’s within his power to put in new leadership at the head of IL GOP, and that’s what needs to be done,” Ives said in a telephone interview with the Prairie State Wire.

On his web page, Morrison said the governor’s “betrayal and deception” were grounds for a shakeup, and he pledged to call a meeting of the GOP's central committee to begin “rebuilding the party.”

Want to get notified whenever we write about Illinois Republican Party ?

Sign-up Next time we write about Illinois Republican Party, we'll email you a link to the story. You may edit your settings or unsubscribe at any time.