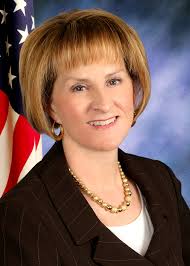 "His budget proposal will start the conversation we are long overdue in having," she said. "I and my senate Republican colleagues are anxious to work with the governor as he implements his plan to turn Illinois around."

She added such a reset is necessary to repair the one-party rule that has dominated Illinois state politics over the past 12 years, which has resulted in a fiscal crisis.

"The world has changed all around Illinois government, but its approach has remained the same – without success," Radogno said. "We are out of step with other states, bogged down and financially drained."

She stressed the Senate Republican Caucus' commitment to working in a bipartisan fashion.

"But even more importantly, we are committed to making the changes necessary to move Illinois toward fiscal recovery," Radogno added.