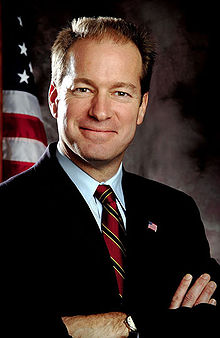 The award was presented Tuesday at an event hosted by the NAM member company Navistar International Corp. in Lisle.

“Illinois is the proud home to nearly 13,000 manufacturing companies that employ over a half-million hardworking people,” Roskam said. “I am honored to receive this award, and I remain committed to advancing common-sense proposals that make it easier for manufacturers to grow and prosper. We must continue to support this critical industry, which will continue to play a leading role in the success of the American economy in the 21st century.”

NAM President and CEO Jay Timmons said manufacturing is making a comeback not only in Illinois but throughout the country. The manufacturing sector, he said, adds $1.32 to the economy for every $1 spent.

"Rep. Roskam understands that leaders in Washington must advance policies that will continue to fuel this economic growth and has consistently supported manufacturers through his votes in Congress," Timmons added.

Navistar's president for operations Persio Lisboa said the event was a way to express appreciation and hear an update on Washington from Roskam, who has represented Illinois's 6th District since 2007 and currently serves on the House Ways and Means Committee.

Want to get notified whenever we write about U.S. Representative Peter Roskam (IL-6) ?

Sign-up Next time we write about U.S. Representative Peter Roskam (IL-6), we'll email you a link to the story. You may edit your settings or unsubscribe at any time.