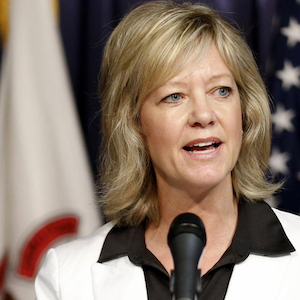 Jeanne Ives, who recently won the Republican nomination for the U.S. House seat in Illinois' Sixth Congressional District, has called for an investigation of senators who allegedly engaged in insider trading after a confidential briefing on the coronavirus.

"Illinoisans know all too well how devastating self-serving politicians can be," Ives said in a statement March 20.

"All of these senators should be investigated by authorities and the Senate Ethics Committee," Ives said.

Sen. James Inhofe (R-Okla.) also is said to have sold approximately $400,000 in equities in January.

"If the allegations are true, they used their access to government to enrich themselves at the expense of the health, safety and economic security of the American people, members of their party should demand they resign," Ives said.

The U.S. Securities and Exchange Commission (SEC) issued a statement amid the allegations on Monday.

"Trading in a company’s securities on the basis of inside information may violate the anti-fraud provisions of the federal securities laws," the SEC said. " Those with such access – including, for example, directors, officers, employees, and consultants and other outside professionals – should be mindful of their obligations to keep this information confidential and to comply with the prohibitions on illegal securities trading.

Ives concluded by highlighting what she would do if elected.

"I understand how deeply public policy can impact people’s lives, and how important it is to have trustworthy people making that policy," Ives said. "That is why, as a state legislator, I stood up to politicians on both sides of the aisle when they betrayed the people they promised to serve. I will do the same in Congress.”

Want to get notified whenever we write about United States Senate Select Committee on Intelligence ?

Sign-up Next time we write about United States Senate Select Committee on Intelligence, we'll email you a link to the story. You may edit your settings or unsubscribe at any time.