Rep. Mazzochi says time has passed to get tougher on human trafficking 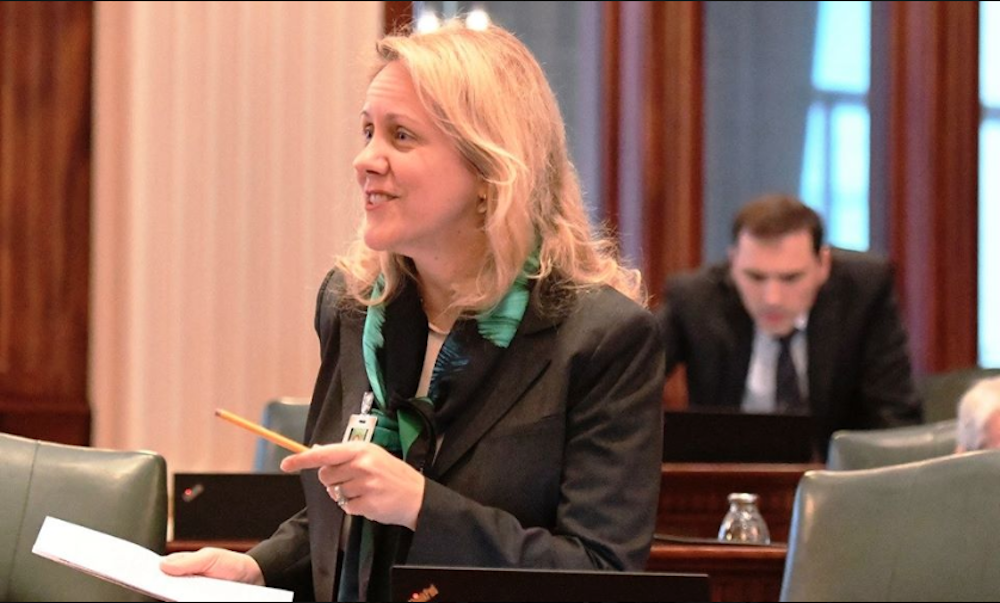 Illinois state Rep. Deanne Mazzochi (R-Elmhurst) is looking to send a message to human traffickers who may be thinking of targeting the state.

The veteran lawmaker has filed a bill that would stiffen penalties for those found guilty of human trafficking or involuntary servitude. House Bill 4141 would also establish involuntary sexual servitude of a minor as a non-bailable offense.

“Human trafficking continues to be a pervasive stain on Illinois,” Mazzochi told the DuPage Policy Journal. “We have to be in the business of making things as safe as we can on this front, especially where young people are involved.”

According to the Illinois Human Trafficking Task Force, Illinois now ranks ninth nationally in number of reported human trafficking cases. Mazzochi says her bill would also mandate that those convicted of sexual trafficking involving a minor be required to go on a sex-offender list.

“We need to act sooner rather later,” said Mazzochi.

To underscore that point, Mazzochi pointed to the recent undercover sting in McHenry County where four local men were collared on human trafficking and sex-related charges. She says that she previously tried to get a similar bill passed, but it stalled early in the legislative process.

“Maybe what happened in McHenry County will reiterate that it’s time to get serious about this issue,” Mazzochi said. “I’m hoping to force the legislature to be more receptive this time around, because this incident shows that human trafficking is not going away and our standards on the issue are now actually lower than in some other states.”

Want to get notified whenever we write about Illinois State Representative Deanne M. Mazzochi ?

Sign-up Next time we write about Illinois State Representative Deanne M. Mazzochi, we'll email you a link to the story. You may edit your settings or unsubscribe at any time.