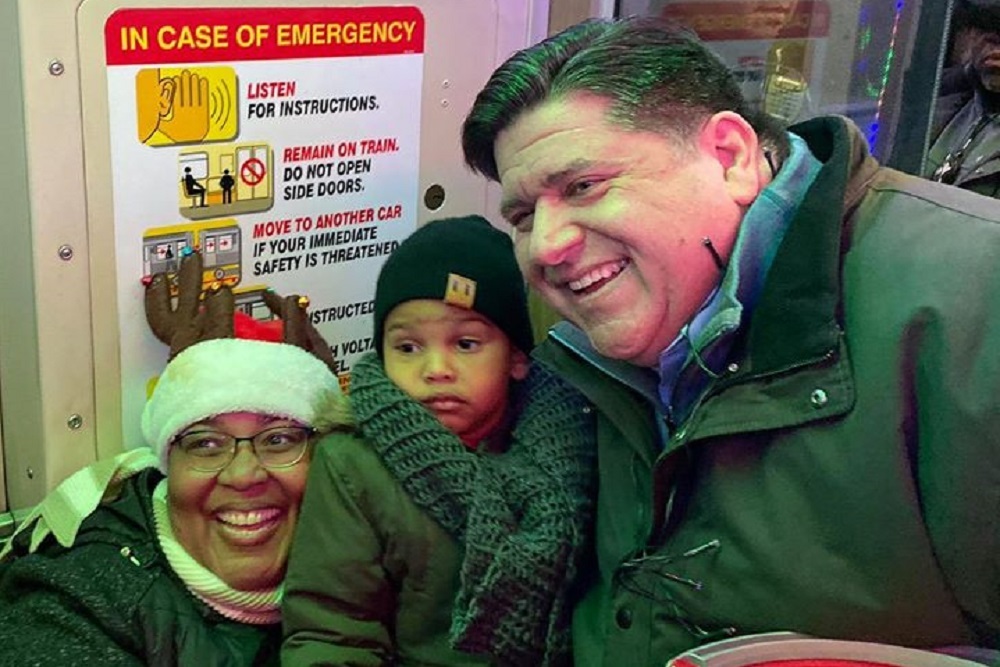 Illinois Gov. J.B. Pritzker's proposed so-called "fair tax" plan, which he claims will cut taxes for 97 percent of state residents, will cost the typical DuPage County family about $3,500 and not resolve the state's fiscal issues, according to an Illinois Policy Institute (IPI) report.

Pritzker's proposed tax plan would raise only $1.4 billion, not even half of the $3.4 billion the governor has claimed, or the $3.3 billion needed to close the state's current structural deficit, according to the report.

"And even Pritzker's revenue overestimate is far short of the $14 billion to $19 billion required to meet the governor’s spending promises," the IPI report said. "If Pritzker is serious about his proposed spending, these initial tax rates would have to be increased across the board, with the typical middle-income family seeing a tax hike of up to $3,500."

Breaking down the cost of Pritzker's fair tax plan to DuPage County requires a little math. DuPage County's population is approximately 917,000 with families, or households, numbering at about 337,000, according to the latest statistical profile information available on the county's website. While Illinois' population has been consistently dropping for years, the state's current population stands at about 12.7 million, which means about 13.8 percent of Illinois residents live in DuPage County.

Assuming only simple math over the always volatile economic forces, DuPage County can expect to lose more than 39,000 of the total 286,000 jobs that the IPI report said the entire state can expect to lose under Pritzker's proposed fair tax. Meanwhile, DuPage County, along with Lake and Cook counties, have experienced the sharpest population declines in recent years, compared with the rest of the shrinking state, in no small part due to ever new and increasing taxes. DuPage County's worrisome outmigration trend could only increase under Pritzker's fair tax.

Illinois compares poorly to other U.S. state based on most economic indicators, according to the report. Illinois added only 71,000 new private-sector jobs in 2018, leaving it in the bottom five states for that economic measure. Losses suffered in a progressive income tax high enough to cover Pritzker's campaign promises "would wipe out all of these gains many times over," IPI said.

Connecticut's progressive income tax did not fix its budgetary issues as the state has run budget deficits in 12 of the past 15 years and now holds more debt per capita than almost any other state in the U.S., according to the report.

"The failure of the progressive income tax has left the typical Connecticut household with an income tax rate increase of more than 13 percent since 1999," the report said. "At the same time, property tax burdens (property taxes as a share of income) rose by more than 35 percent."

Illinois could expect much the same with a progressive income tax, according to the report. IPI provided an income-based chart showing how much each income tax bracket would be required to contribute under Pritzker's proposed rates. Those rates would be 4.75 percent for the lowest income bracket of $0 to $10,000, and up to 7.95 percent for the highest income rate of $1 million or more.

Even accounting for new revenue coming in from tax and fee increases in Pritzker's proposed 2020 budget, the state would need to bring in between $14.3 billion and $19.4 billion from progressive tax increases to fully promised spending in fiscal year 2022. That would be the first full fiscal year for which a progressive income tax could generate revenue, assuming Illinois voters agree in November to add an amendment to the state's Constitution allowing a progressive income tax, according to the IPI report.

"Under the tax rates necessary to raise this amount of revenue, the typical Illinois family would pay between $2,425 and $3,508 more in income taxes," the report said. "Even closing the structural deficit with a progressive tax hike similar to what Pritzker proposed would require hiking taxes on the average middle-class family by nearly $270."