#MeToo Whistleblower: Stand Up for Jeanne, So She Can Stand Up For You. 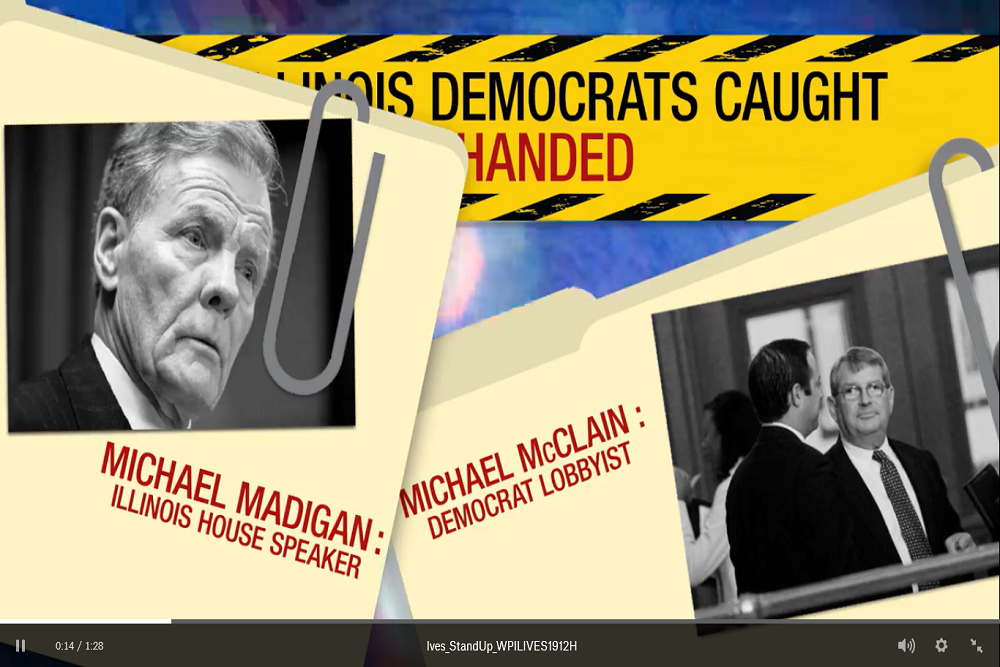 Issued the following announcement on Jan. 10.

Earlier this week, WBEZ reported an email in which a top ally of Illinois House Speaker Mike Madigan urged aides of then-Governor Quinn not to fire a favored employee who had “kept his mouth shut” about, among other things, “the rape in Champaign.” Jeanne Ives, Candidate for Congress (IL-06), released a digital ad, “Stand Up,” in response.

As a state legislator, Ives stood up to Speaker Madigan, as well as the corruption and abuse of power writ large in the Springfield. In the midst of the 2017 #MeToo Reckoning in the state capitol, Ives was the lead legislator in advancing legislation with whistleblower Denise Rotheimer to create an independent reporting and investigation process into allegations of sexual harassment. She was also one of the only legislators who would stand up with Maryann Loncar when she came forward with allegations against House Deputy Majority Leader Lou Lang. Lang resigned from leadership within minutes of Loncar’s testimony.

Loncar remembers who stood with her when it mattered. She wants voters in Illinois Sixth district to know the truth Jeanne Ives as they head into the 2020 election cycle. Loncar knows

Ives to be a woman who stands up when she should stand up - regardless of the politics.

We’re now going to turn to a troubling email obtained by WBEZ.

The 2012 email was sent by one of the most powerful lobbyists in Springfield, Michael McClain… also close friends with House Speaker Michael Madigan.

McClain asked two top aides for Governor Pat Quinn to do a favor for a state employee who was politically loyal and quote: “…kept his mouth shut” about an apparent rape Downstate.

Fast-forward five years to twenty-seventeen… and little has changed.

But this time, one woman stepped up to challenge the vicious cycle.

Loncar: “There were three hundred women in Springfield… who wrote a letter to legislators saying they were being sexually harassed, abused, as well as blackballed.

“So these women are on their own, scared to come forward against these powerful men.

“The only legislator willing to stand behind these women was Jeanne Ives.

“She made sure that our voices were heard and heard loudly.

“It’s not about being Republicans or Democrats. It’s about taking care of all the citizens of Illinois.”

Jeanne Ives stood up against corruption in Illinois…and she’ll stand against it in Congress.