U.S. Congressional candidate Jeanne Ives is not surprised to hear that Illinois House Speaker Mike Madigan (D-Chicago) may be at the heart of a widening public corruption probe centered on Commonwealth Edison's lobbying practices.

“Remember the Exelon bailout bill that gave them a $2.4 billion subsidy in 2016,” Ives, a 2018 primary challenger of then-Gov. Bruce Rauner, said in a press release. “The lobbyists were thick as thieves in Springfield trying to pass it. Rauner signed it. Republican leaders pushed it, and all the weak-kneed legislators fell in with the program. This was the bipartisan combine at work in Illinois.”

As part of the probe, the Chicago Tribune reports that federal agents were seeking information about Madigan when they served a search warrant and subpoena on public affairs organization the City Club of Chicago earlier this month. More specifically, agents are reported to be looking into allegations that ComEd put on the payroll all levels of politically connected employees and consultants in jobs where they were required to do very little in exchange for favorable government actions, including electricity rate increases. 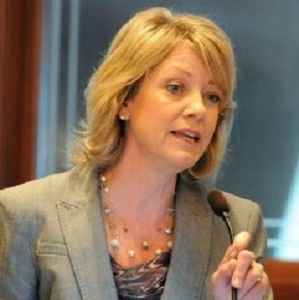 In addition, over the last 15 years, political organizations with ties to Madigan have received nearly $340,000 in campaign contributions from ComEd or Exelon, the utility giant’s parent company.

“The [2016 bailout] deal was a disgusting 450 pages of pandering handouts,” Ives, a former Republican state representative in the 42nd District, said in the release. “There was a lot of pressure to vote for that bill. Exelon had worked the bill for over a year and as the bill developed it became a jobs program for special interests, a handout for renewable energy companies and, I wouldn’t doubt, possibly led to payoffs to the connected. I don’t shy away from standing up to the special interests and the big-government politicians in either party. I spoke against it. I voted against it.”

During her run against Rauner, Ives featured the Exelon bailout in an ad, describing it as “an illustration of policies put in place by Rauner, along with political ruling-class Republicans and Democrats. Policies that Illinois families, particularly the suburban families I represented, needed to understand.”