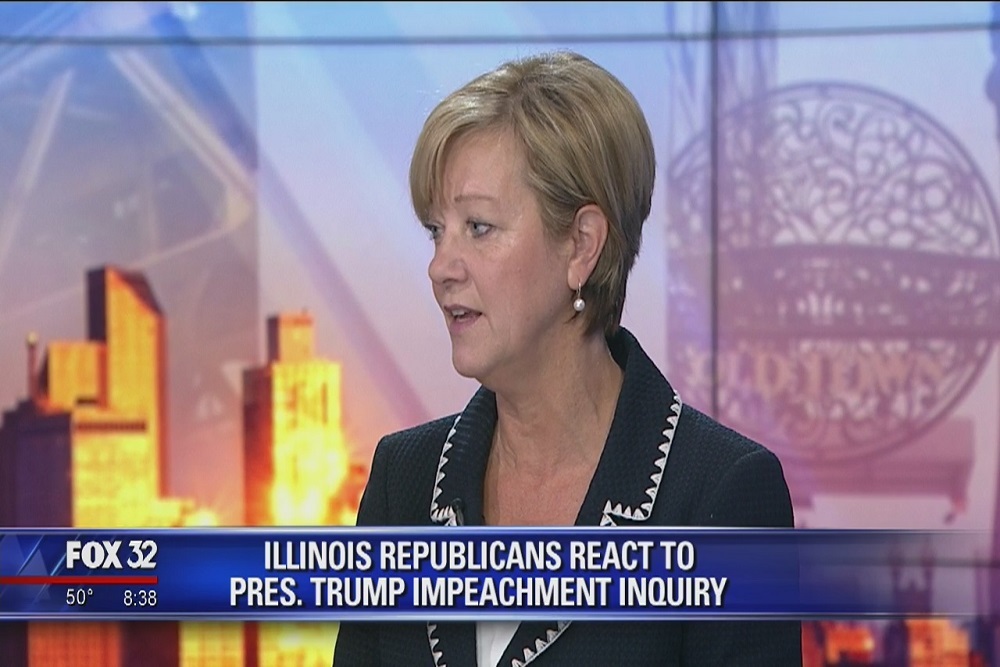 Issued the following announcement on Oct. 9.

Jeanne Ives recently made the media rounds to talk about the impeachment inquiry, her 2020 race against Sean Casten, as well as a range of other issues.

"This is the most unreasonable, unserious Congress we've ever elected. Look, if they're not trying to ban your red meat, they want to take away your red hat. I mean that's where they are..."

Ives points to the push for a Green New Deal as another example of House Democrats, including Casten, losing touch with reality.

"Really? You think the world is coming to an end in ten or maybe it's twelve years? And now you want to rearrange the entire economic engine of not only the State of Illinois but the entire United States because you don't believe in fossil fuels? These people are crazy."

“Ives makes it clear she’ll go after Casten as an ally of the Democratic left who’s too liberal for the district, which represents a wide swath of the west and northwest suburbs. Among other things, Ives accused Casten of going too far to discourage the use of gasoline and other fossil fuels, and said Medicare ‘ultimately will (financially) collapse’ if all Americans are allowed to buy into the subsidized government program, as Casten wants.

“The freshman Democrat ‘has fallen right in’ with others who are pulling the party way to the left, such as U.S. Rep. Alexandria Ocasio-Cortez of New York, she charged...”

“Ives added she would hold Trump accountable and criticize him ‘when I disagree with him.’”

“‘I’m the first one to call out Republicans when it’s needed,’ she said, referring to her disputes with Rauner over abortion policy and other matters.

“In other items, Ives said she would raise the cap on the federal deduction for state and local taxes, but did not say how much. The GOP's 2017 tax law capped the deduction to $10,000 a year, so low that many middle-class families are being hit, Ives said. She did add that other provisions of the bill helped many middle-class taxpayers.”

“Are there 20-30 feckless Republicans [in the Senate] who would throw [the President] under the bus if there were a private vote? Probably. I’ve met plenty of my own feckless Republicans in the State of Illinois who have voted for unbalanced budgets and tax increases and everything else, so probably there are.” (37:45)

“If GOP Senators vote against Trump, everybody [in the GOP base] stays home. Everyone will stay home. They’re just going to be so mad about it. Look, for many people, including me, Trump was 17 out of 17 coming out of the primary [in 2016]. But what he has done - in terms of policy - has been transformative economically.” (41:06)

“If [Democrats] really want to move forward with an impeachment inquiry, let’s have a vote, Nancy Pelosi. Give Republicans a chance to subpoena testimony, as well…”

“Meanwhile, things are not getting done in Congress. The USMCA Agreement should be signed. We should move on policy that would lower healthcare costs and provide better patient choices. We’re not doing any of that.”