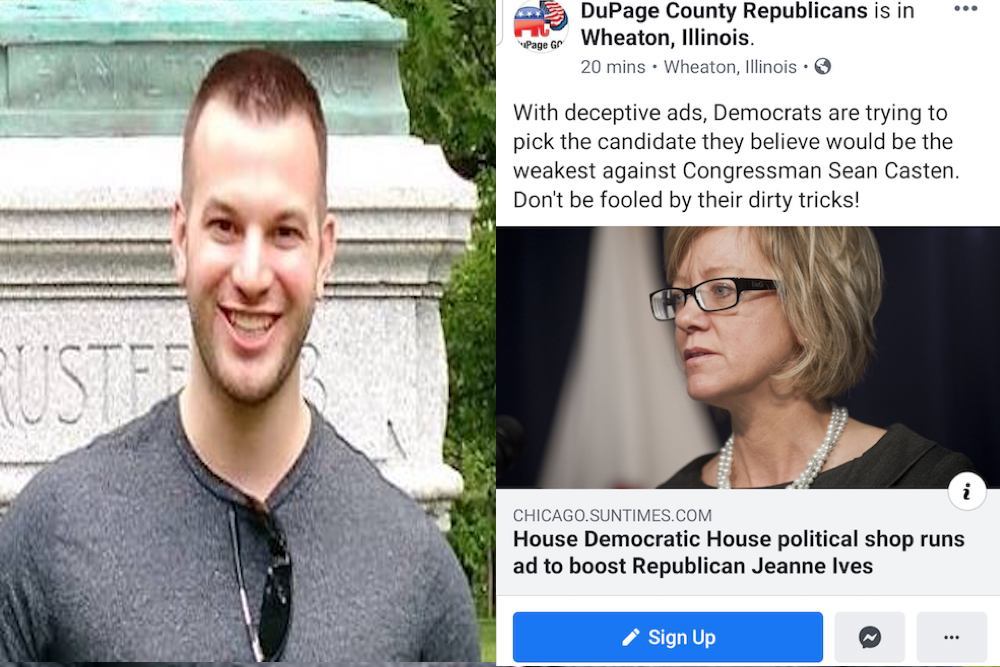 Sources tell the DuPage Policy Journal that a former media relations official with Republican Gov. Bruce Rauner’s administration was behind a post on the DuPage County GOP Facebook site belittling the chances of former State Rep. Jeanne Ives (R-Wheaton) in her run for the congressional seat held by liberal Democrat Sean Casten.

The post by Ben Noble cited an article by the union-owned Chicago Sun-Times that the Democratic Campaign Congressional Committee (DCCC) was helping the conservative Ives in the Republican primary because she, and not Rauner’s former Lt. Gov. Evelyn Sanguinetti who is also in the primary, would be the easier for Casten to defeat in the sixth congressional district

The post angered area Republicans who viewed it as left over bitterness from the March 2018 Republican gubernatorial primary, where Ives came within a whisker of defeating the incumbent Rauner. The post was taken down the next day.

Nobel, who identifies himself as a communications specialist on LinkedIn, did not respond to a request for comment.

Casten rode the 2018 blue wave into office over six-term Republican Peter Roskam in the traditionally Republican district; both parties view Casten as vulnerable.

Kathleen Murphy, an Ives spokesperson, told the Sun-Times that the DCCC is “sorely miscalculating what this race is going to be, then. Nothing we’ve seen indicates that Jeanne would be easier to beat than Evelyn Sanguinetti. That would be a serious miscalculation on their part.”