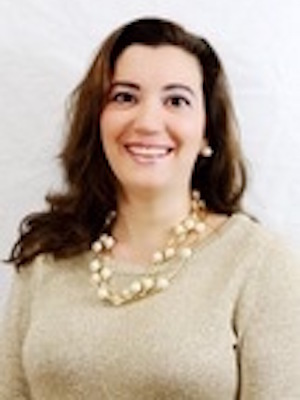 A candidate for the Hinsdale 86 school board said she would vote to reinstate athletic programs in Central and South high schools that were cut by the board in December even if voters reject the district’s $139.8 million bond referendum on April 2.

Burr Ridge resident Fotini Bakopoulos, who teaches special education at Dwight D. Eisenhower High School in Blue Island, told the DuPage Policy Journal that the district needs to look at the cost of repairs and improvements that are “actually needed.”

The board cut football and some other sports saying that with the failure of a $166 million funding referendum in November it could no longer afford both them and needed structural improvements.

“I cannot believe such an impressive district as Hinsdale 86 has been so poorly managed as to not have boys suiting up for football in the fall,” Bakopoulos said.

“There is a fiscally responsible way to provide a high-quality education for our children that does not include blocking out extracurricular activities and without threatening the financial stability of the district,” she added.

Bakopoulos is running for one of three seats with four-year terms available. One seat with a two-year term is also available. The election is April 2.

A fight over the referendum—in what is the board’s third try in two years to win voters’ approval to borrow money—is gearing up. At its Jan. 22 meeting, the board discussed hiring an outside consultant to help push the referendum question to approval. And a recent invitation to Future Freshman Night from South Principal Arwen Pokorny Lyp invited parents and students to a "question-and-answer session on what these cuts (sports program cuts) mean for your child’s experience at Hinsdale South High School.”

The discussion is scheduled for Tuesday from 5:30 to 7 p.m.

Zach Mottl, chairman of the grassroots group D86 Can Do Better, said a discussion of the cuts was inappropriate and amounted to “scare tactics, threats and lobbying.” His group helped defeat November’s funding request.

Bakopolous said she is running as an independent candidate and is not affiliated with either side in the fight over the referendum. One of her main concerns is that the board “initiate policies that reflect ongoing demographic changes in the district and offer the same curricular and co-curricular program opportunities for all students in the district,” she said.