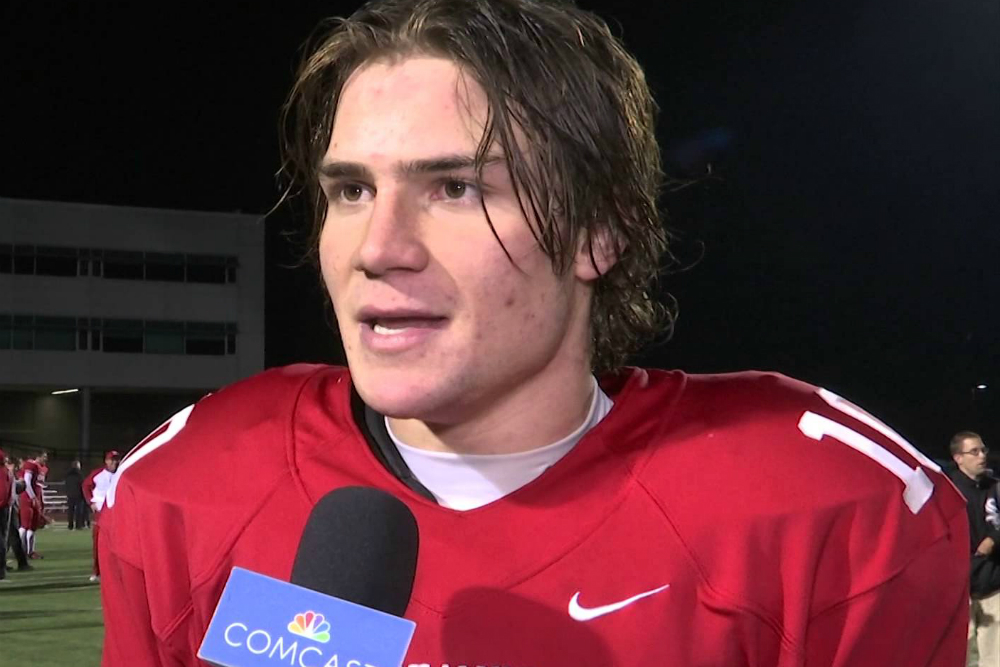 When Joyce was a high school senior he recalls a conversation he had with the North Central offensive coordinator that lasted well over an hour, but barely touched on North Central.

“I remember it because it was one of my favorite meetings I had with any coach,” Joyce told the Chicago Tribune. “It was an awesome meeting.”

So, when Joyce decided to move on from Illinois State, it wasn’t long before the two were again chatting it up and Joyce was soon making the decision that would officially join the two at the hip.

“He texted me out of the blue,” Joyce said of Spencer. “I took it as a sign. I took a visit there a few weeks later, and I fell in love with the place and what they’re doing. I thought it was a great fit. I thought this was a place that I want to be a part of. I’m really excited to get started (with practice) next week.”

Joyce sits at the centerpiece of North Central’s 55-player recruiting class, and rates as one of four transfers joining the program. He insists he feels right at home in the program, even though junior quarterback Broc Rutter is set to return.

NCC coach Jeff Thorne said he likes the depth and dimension Joyce brings to the roster.

“Conor is stepping into a situation where we have a great quarterback, but he is, too,” Thorne told the Tribune. “If he and Broc were the same type of player, it wouldn’t be a great situation. The beauty of Conor is that he brings different attributes than Broc does.”

The two signal callers' paths have crossed before.

“When I got (DuPage Valley Conference Player of the Year), he went out of his way to send me a note,” Joyce said of Rutter, who starred in high school at nearby Neuqua Valley. “He’s had two phenomenal years (at NCC). This summer, when we’ve been doing 7-on-7s, he’s been a great help trying to walk me through things. I’m excited. We both bring different aspects to the positions and I think we can both help this team win.”