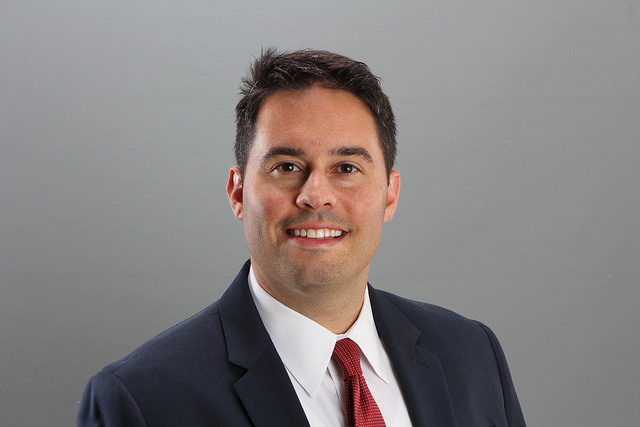 Steven Nero has a video of 60 friends on Facebook – which might not sound like a lot until you realize they are all prominent backers of his recently announced plans to run for a seat on the DuPage County Board for District 2.

Nero, who will compete in the Republican primary, said he's been humbled by the amount of support he's received.

“I know I have the energy, experience and innovation to bring about a new era of prosperity to DuPage County,” Nero says in the video. “I pledge to address our skyrocketing property taxes, secure funding for sorely needed infrastructure improvements and offer my commitment to support our first responders who keep our communities safe."

A graduate of Willowbrook High School and Elmhurst College and a lifelong resident of the county, Nero was elected as a Westmont village trustee in 2011 and won re-election four years later. He earned a master's in public administration from the Illinois Institute of Technology.

Nero works at SAFEbuilt, which partners with local governments to improve communities. He and his wife, Corinne, live in Westmont.

The video endorsement is something of a who's who in DuPage.

Krajewski, who also is the DuPage GOP chairman, says Nero is someone he would be excited to work alongside on the County Board.

“Steve Nero is one of the up-and-coming stars of our county and a great public servant,” he says.

Westmont Mayor Ron Gunter says that he and the Westmont Village Board “enthusiastically” endorse Nero.

“Steve has consistently led the way on infrastructure improvement, doing more with less, and economic development, and ensuring public safety is his top priority,” Gunter says. “Steve has proven himself to be a true public servant and not a politician.”

District 2 includes Lombard, Villa Park, Elmhurst, Oakbrook Terrace, Oak Brook, Westmont, Hinsdale, Clarendon Hills,Downers Grove, Naperville, Lisle and Woodridge. Currently, three people represent the district on the County Board: Noonan, Peter DiCanni and Elizabeth Chaplin, all of whom have served since 2012. The board is made up of representatives from six districts, each of which has three representatives.

Want to get notified whenever we write about DuPage County Board ?

Sign-up Next time we write about DuPage County Board, we'll email you a link to the story. You may edit your settings or unsubscribe at any time.