In Glen Ellyn, a school district asks taxpayers for more money. Out of thin air. 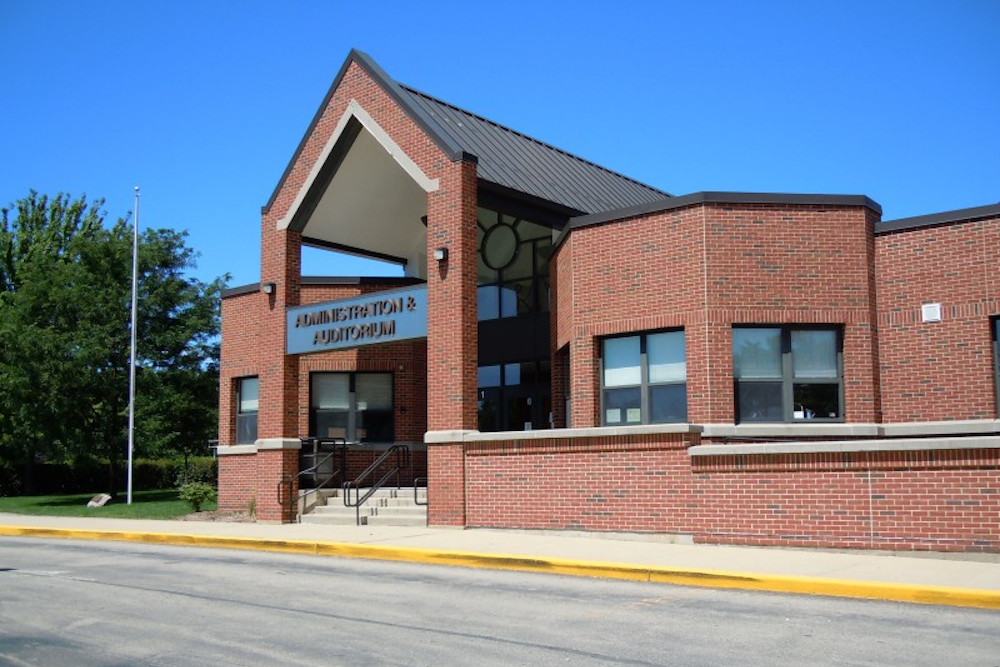 The proposed $24.2 million referendum includes $15 million for expansion of Hadley Junior High, which has 1,188 students. Its average class size is 22; the state average is 21, according to ISBE.

Thirty years ago, in March 1987, late winter weather in DuPage County was mild.

The Cubs were coming off of a (then-typical) 70-win, fifth-place finish (Ryne Sandberg hit .284).

Harold Washington was the upset winner in the Chicago Democrat mayoral primary, a prelude to his becoming the first black mayor of Chicago.

And Glen Ellyn voters were debating whether to raise taxes, and spend more money on their elementary schools.

Glen Ellyn School District 41 officials argued then that the financial impact of a proposed referendum would be minimal-- an increase of just “$75 to $225” ($160 to $480 in today’s dollars) on the average Glen Ellyn property tax bill, according to a report in the Chicago Tribune.

But this proved to be wishful thinking. The referendum passed, and property taxes spiked, with “increases up to 200 percent.” The Tribune related the stories of Glen Ellyn residents who voted ‘yes’ but, one year later, after seeing their tax bills, were having regrets.

In Glen Ellyn, homeowners didn’t know it yet, but higher property taxes were there to stay.

Memories of the Referendum of 1987 are fading, and instructive. District 41 voters this spring will consider another one that, supporters promise, will increase spending without asking homeowners for more money.

District 41, then and now

Glen Ellyn District 41 is bigger and spends more today than it did in 1987.

Enrollment is 32 percent percent higher. Its five schools serve 3,163 students, versus 2,300 back then.

Local property tax spending by the district has grown nearly eight times as much over the period, by 253 percent, from $13 million to $46 million in 2015.

Most of this increase has gone to teacher salaries. Two years after the 1987 referendum gave it a bigger pot of money, the District 41 Board of Education approved a 20 percent pay increase for teachers. Salaries and pension benefits have steadily grown ever since.

The average District 41 teacher in Glen Ellyn in 1987 made the equivalent of $57,717 in today’s dollars, more than the state average at the time. Today, they make $82,056-- 42 percent more, according to the Illinois State Board of Education (ISBE).

The proposed $24.2 million referendum includes $15 million for expansion of Hadley Junior High, which has 1,188 students. Its average class size is 22; the state average is 21, according to ISBE.

To address overcrowding and a growing post-War student population, Hadley was originally built in 1952 for the equivalent of $7.8 million.

More recently, District student enrollment growth has slowed and even fallen. But spending has continued to increase.

District 41 spending in 1997 was just $23.5 million, when enrollment was 2,780. Over the past two decades, it grew 97 percent while enrollment only grew nine percent.

From 2007 to 2015, District 41 spending is up nine percent, but enrollment has started to decline, down four percent.

The confluence of these trends has resulted in soaring Glen Ellyn property tax bills.

Sources: Chicago Tribune and Illinois State Board of Education; All figures inflation-adjusted

Want to get notified whenever we write about Glen Ellyn School District 41 ?

Sign-up Next time we write about Glen Ellyn School District 41, we'll email you a link to the story. You may edit your settings or unsubscribe at any time.