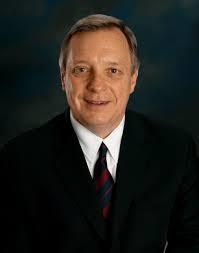 "The United States incarcerates more of its citizens than any other country on earth," Durbin said. "Mandatory minimum sentences were once seen as a strong deterrent. In reality, they have too often been unfair, fiscally irresponsible and a threat to public safety. Given tight budgets and overcrowded prison cells, our country must reform these outdated and ineffective laws that have cost American taxpayers billions of dollars. This is how the Congress is supposed to work."

Want to get notified whenever we write about U.S. Senator Richard Durbin ?

Sign-up Next time we write about U.S. Senator Richard Durbin, we'll email you a link to the story. You may edit your settings or unsubscribe at any time.