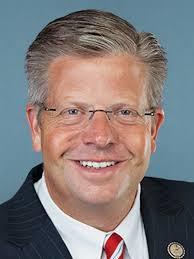 USCIRF is an independent, bipartisan U.S. federal government commission that monitors the universal right to freedom of religion or belief abroad.

The legislation reauthorizes the commission until 2019.

"One of the best ways to expose attacks on religious freedom is meticulous chronicling of such abuses and then proclaiming them loud and clear to a watching world," Hultgren said. "The importance of USCIRF’s mission of monitoring, recording and publishing attacks on religious belief — or any belief at all — cannot be overestimated. An attack on the religious belief of one is an attack on all of us. USCIRF is a unique, independent voice calling the world to pay attention and act, especially when this freedom can take a backseat in foreign affairs."