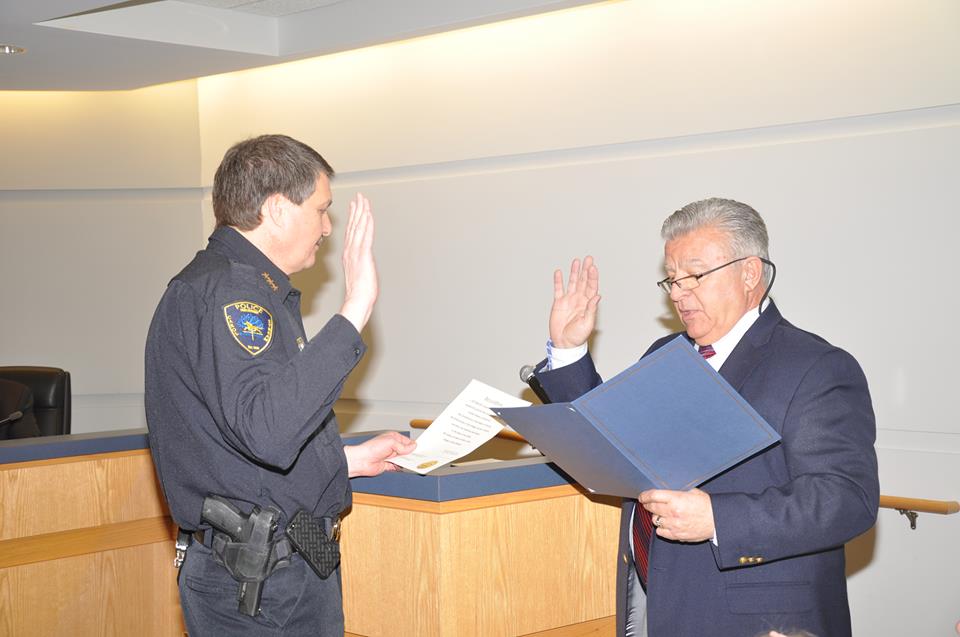 Sailer, the former deputy chief who's been on the force for 28 years, becomes the village's 10th police chief in its 56-year history.

Sailer takes over a police department that employs 53 sworn officers, an 11-person command staff and a support staff of 24.

Before he was sworn in, Sailer praised the department, staff and volunteers for their work in helping to keep Carol Stream one of the top police departments in the area.

Sailer is a graduate of George Williams College, where he earned a bachelor of science degree in 1983.

He also completed the program at the Police Staff and Command School at Northwestern University’s Center for Public Safety in 2001, and in 2009, he completed the Law Enforcement Executive Development program, sponsored by the FBI.

In 2012, he earned a police chief certificate from the Illinois Association of Chiefs of Police.

The village's police department has earned several awards, including traffic safety and DUI enforcement from the National and Illinois Chiefs of Police Association. The village also was selected as one of the top 100 safest cities for the last three years.

Sailer is married to wife Bettina, and they have a daughter, Saran, and a son, Eddie.

Want to get notified whenever we write about Village of Carol Stream ?

Sign-up Next time we write about Village of Carol Stream, we'll email you a link to the story. You may edit your settings or unsubscribe at any time.